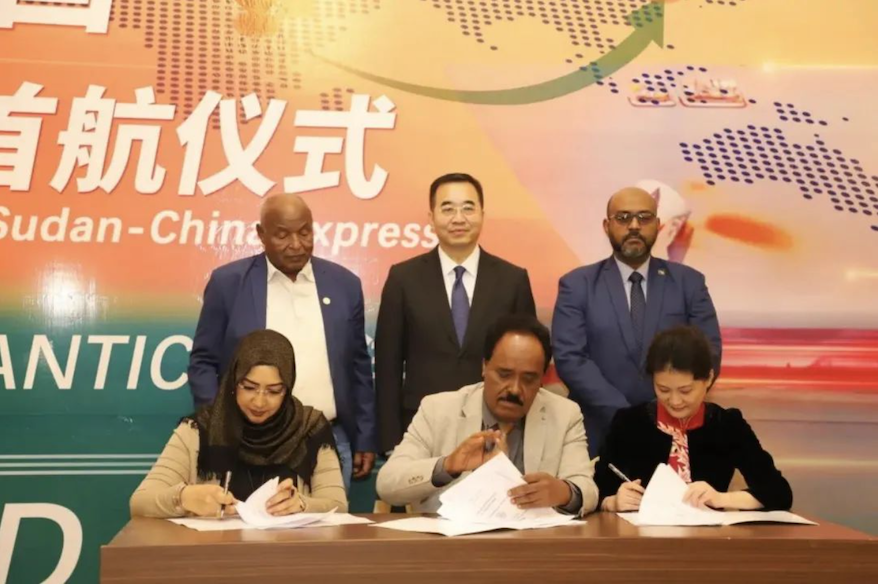 At the ceremony, Greenroad International Logistics signed MOU with Sudan Shipping Line, under the witness of Ambassador Ma Xinmin and Minister of Transport 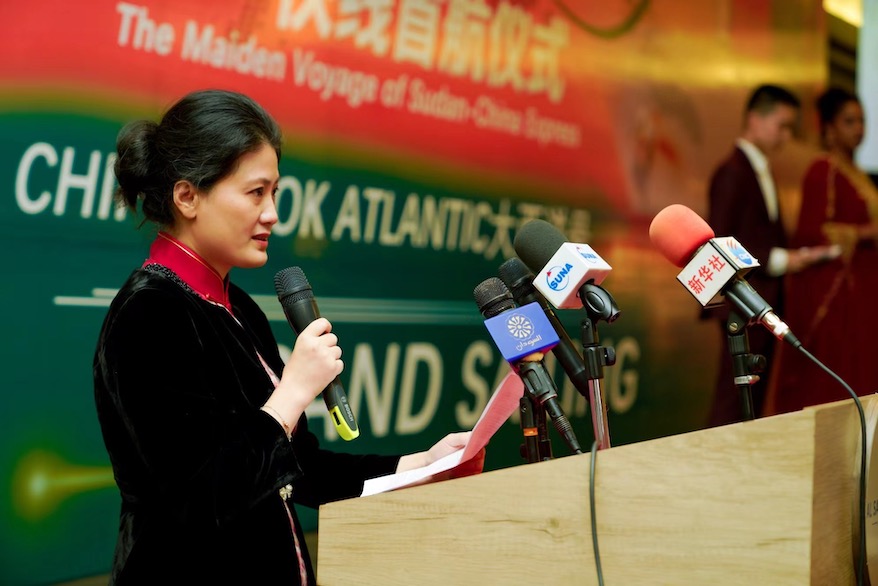 Chairwoman Xu conveyed gratitude to the attendance of all guests, and gave a brief introduction of the Greenroad Sudan ⇋ China Express. She has said that, The Express, serving as a powerful engine of the correspondence between China and Sudan, its efficiency, direct arrival features will promote business communications between China and Africa. As a Chinese-owned enterprise, Greenroad will not let others’ expectation down, act as we say, with professionalism and integrity. We hope the Express will go far and smooth, and contributes to the economic development and business cooperation to both countries. 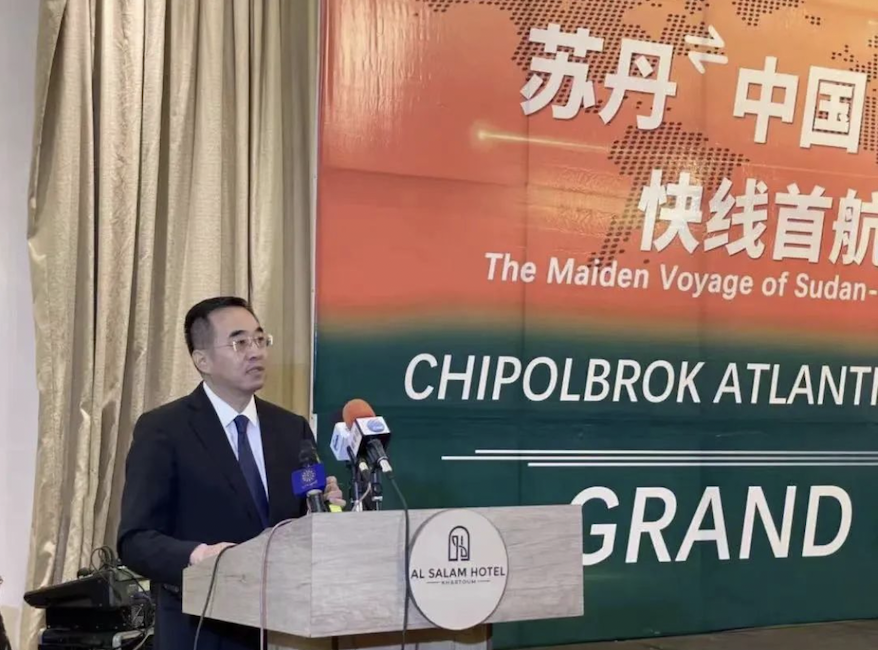 Ambassador Ma Xinmin, in his speech, first of all, warmly congratulated the grand opening of Sudan ⇋ China Express, and wished the Chipolbrok Atlantic’s maiden voyage a smooth and success. Ambassador Ma said that, the people from China and Sudan are friendly for a long time, with deep emotional connections. Sudan is a critical trading and investment partner for China in Africa. The economic trading between the two countries are frequent and fruitful, the grand opening of the Express is another joyful and remarkable event, opening a new channel of cargo transport between the two countries, achieving the goal of the people and enterprises from both sides. The express will reduce the lead time of cargo’s arrival for both sides significantly, strongly promote the smoothness of business transaction supply chain and logistics, ultimately bringing benefits to both countries and their people.

His Honorable Mr. Hisham, Minister of Transport from Sudan, General Secretary from Sudan Business Federation have also delivered their speech.

His Honorable has high remarks of the historical relationships between the two countries, strongly agrees that the grand opening of Sudan⇋China Express will be significantly meaningful to both the two countries and then continent of Africa, it will not only ease the business trade between Sudan and China, but also boost the interaction and communications within the region of Eastern Africa, bringing benefits to the entire Sudanese people and the broad people of Africa. 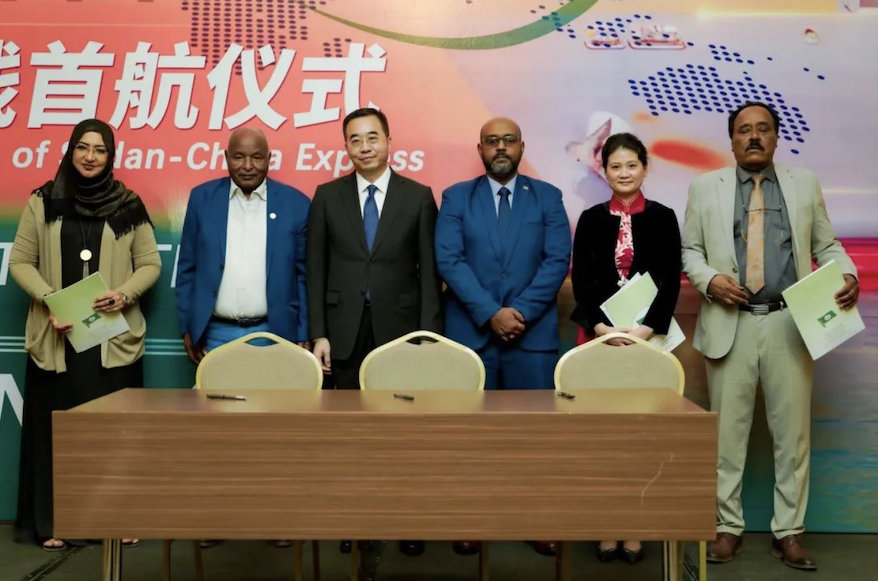 Right after, Ms. Xu Qun, Chairwoman of Board of Greenroad, signed the MOU with Sudan Shipping Line, under the witness of under the witness of Ambassador Ma Xinmin and Minister of Transport Mr. Honorable Hisham, General Secretary of Sudanese Business Federation Mr. Hisham.

The Sudan ⇋ China Express is another grand movement of the Greenroad, under the advocate of the Chinese government’s Belt and Road Initiative, to merge into the irreversible trend of globalization.

The Sudan ⇋ China Express has come into place under the demand of trades between China and Africa, indicating the potential and persistence of our business. China and Sudan has established diplomatic relationships on 4th of February, 1959, and maintained a good friendship ever since. Recently, the business scale between the two countries are booming steadily. The economic and technical cooperation between The two covers a wide area, including petroleum, mining detection, construction, bridges, agriculture, textile, medical and education, etc. Greenroad is willing to shoulder the responsibility of a national enterprise, use the Express as a bridge, share our mutual opportunities and promote cooperation with Sudan and other countries around the Red Sea area, pushing the healthy and stable development of China and Africa relationships.

Greenroad International Logistics service hotline is waiting for you 24 hours a day.