COSCO Pacific, a subsidiary of COSCO Shipping, caught fire on the way to the port of navasiva, India. The fire happened on January 4, 2020 (last Saturday). The fire happened on the way from Port Klang to the port of Nhava Sheva, India. After the accident, athula hewavitharana, a senior person from Colombo port, told the media that COSCO Pacific When ship C arrived at Colombo port, the CO2 fire extinguishing system on board had put out the fire!
At present, no other containers have been burned, and COSCO Pacific has not been damaged in this fire! A fire expert in the container industry analyzed that if the goods were declared correctly, they would be stored correctly. "Alkaline batteries and acid batteries are classified as class 8 corrosive substances in the IMDG (international maritime dangerous goods) regulations, so if the ship is entitled to carry class 8, the crew will store the goods in the cabin properly in this way," the expert said

2.New year's holiday is approaching, part of the global cargo routes are suspended!

First, the sulfur restriction order came into effect, and some ships were suspended for desulfuration equipment modification; then, the largest scale in history was suspended due to the decline of freight volume, coupled with the coming Spring Festival, the shipping company suspended some routes in accordance with the regular meeting to cope with the New Year holiday, and currently about 6% of the world's transportation capacity is suspended. Vietnam, Indonesia, North Korea, South Korea, Singapore and Malaysia, the above countries also have Spring Festival and legal holidays, during the Spring Festival delivery to these countries, it is necessary to confirm the emergency contact with the consignee in advance, so as to emergency.

3.In the future, we can look forward to Jim Hoon BAE, President of HMM, revealing the new year's goals!

According to splash247, since becoming the president and CEO of the largest shipping company in South Korea, Jay Hoon BAE, head of HMM, outlined its development goal for the first time in his new year's speech to employees: more than doubling its scale and reaching a million TEU of transportation capacity. From the second quarter of this year, HMM will add 12 24000 TEU ships. If HMM is to achieve its expansion target of $10 billion in annual revenue and 1 million TEUs, it will soon order more ships. According to alphaliner data, HMM's current capacity (including ships still to be delivered) is 388526 TEUs, which is the tenth largest liner in the world. HMM will join the alliance in April. 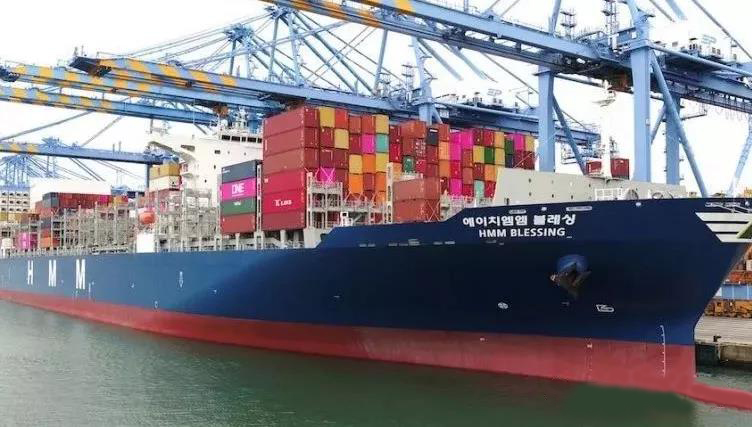 4.Pakistan's cargo carriers are on strike. It's still unknown when they will resume!

On January 6th local time, all cargo carriers in Pakistan went on an indefinite strike to protest against the government's "axle load restrictions, high fines and non acceptance of provincial permits" and to ask the prime minister to remove Federal Communications Minister Murad Saeed. Pakistan cargo transport Owners Association, Pakistan customs agents association, Pakistan bonded Transport Industry Association, ugta, Pakistan cargo transport union, Pakistan Supreme Council of transporters, intercity bus Owners Association participated in the strike. Once it is carried out indefinitely, it will bring immeasurable benefits to port and cargo transport Loss! Shams Burney, head of CBCA, said that the current situation in the port is almost normal, but if the strike continues and the goods are not evacuated in time, there will be congestion in the port within a few days, and the transportation of transit goods will be suspended. A person in charge of Qasim international container terminal also confirmed that containers are currently piling up in the terminal. "If the strike continues, it will get worse because even after it is cancelled, it will take a lot of time to clean up the terminal," he said

5.It's Mauritius! New QSC in Herbert's new year
On January 7, 2020, Herbert opened a new quality service center (QSC) in Mauritius. QSC will definitely serve Africa, which is one of the fastest growing markets in Herbert. Quality service center is an important cornerstone of Herbert strategy 2023. They focus selected functions from different regions under one roof, realize synergy and deliver quality commitment to customers. Herbert has established several qscs around the world, including Atlanta in the United States, Suzhou in China, Kuala Lumpur in Malaysia, Mumbai in India, Bogota in Colombia, VI ñ Adel Mar in Chile and Santos in Brazil. "Mauritius was chosen because of its modern infrastructure, skilled workforce and unique spoken language mix, especially English and French. This will enable us to serve our customers in their native language. " Dheeraj Bhatia, senior managing director for the Middle East. QSC in Mauritius will start operations today with about 100 employees. It is expected that the number of employees will double in the next two years and provide great opportunities for graduates or experienced professionals. 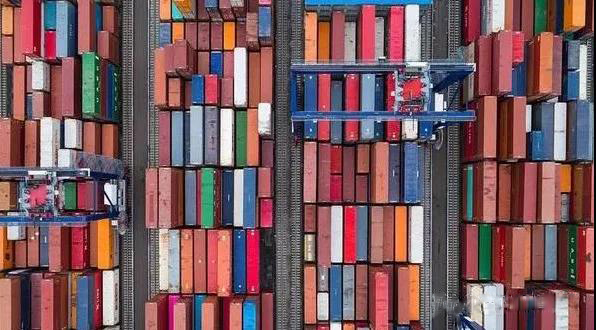 6.The trend of growth is no longer! The import of Asian container goods from the United States is paler than before

U.S. imports of Asian containers usually jump at the end of this year and the beginning of the new year as importers scramble to pack before the start of the Lunar New Year holiday. At the beginning of 2020, there was an increase in activity, but it was pale compared with previous years. "This year is different," said Henry Byers, a maritime marketing expert at freightwaves on January 3. The trump administration's ongoing tariff threat, coupled with the official start of the lunar new year on January 25, may have led many U.S. importers to shift most of their goods in 2019. It is unlikely to receive their usual typical sales growth. The Lunar New Year stimulates demand, but it's different from previous years. [final preparation before the holiday], coupled with carrier concerns about recovering some of its IMO 2020 fuel costs, have pushed up freight rates. However, the story of 2019 - the trade war - continues in 2020, which also curbs demand before the Spring Festival。

Recently, Sinohydro Bureau 6 won the bid for the telimele bauxite port project in Guinea, with a construction period of 30 months and a contract amount of about US $259 million. The main contents of the contract include wharf engineering, wharf loading and unloading system and equipment, heavy oil power station, land engineering, road storage yard engineering, production and auxiliary construction engineering, etc. It is proposed to build three 10000 ton special berths for bauxite loading and one 10000 ton multi-purpose berth. The total length of each special berth for bauxite loading is 143 meters, and the length of multi-purpose berth is 131 meters. The main hydraulic structures include wharf platform, mooring pier and approach bridge. The project is an important project for Sinohydro Bureau 6 to further explore the Guinean market. Sinohydro Bureau 6 will rely on its own construction management and technical advantages to ensure the smooth performance of the project.

8.The traffic in and around the capital of Indonesia is partially interrupted, and the freight transportation is greatly affected!

Recently there are export goods to Indonesia freight forwarding friends to pay attention to! Large scale rainfall occurred in the capital and surrounding areas of Indonesia, floods occurred in Jakarta and surrounding areas, and part of the airport, railway and road traffic was interrupted! According to the report, there is water on many roads in Jakarta, making it impossible for vehicles to pass. Railway traffic has also been affected, with several train services disrupted in the greater Jakarta area due to the inundation of part of the railway. President Joko of Indonesia has instructed all agencies to cooperate fully to ensure the safety of the affected people, while resuming the operation of major infrastructure and airports as soon as possible. Indonesian President Joko announced on August 26 that Indonesia's new capital will be located in the eastern Kalimantan province of Borneo, consisting of two regions, North penayangbasel and kutekatanegara. It is planned to start the project in 2021, and it is expected to move the capital in 2024.


The above is today's industry information, thank you for reading.