In the past 5 years, Greenroad is proud to have contributed to the construction of Pokhara Airport from the time we took over the project to the completion of the airport. As a national logistics enterprise, this is another key project of "One Belt One Road" cooperation that Greenroad has participated in overseas, and it is also a "national glory project" of Nepal. 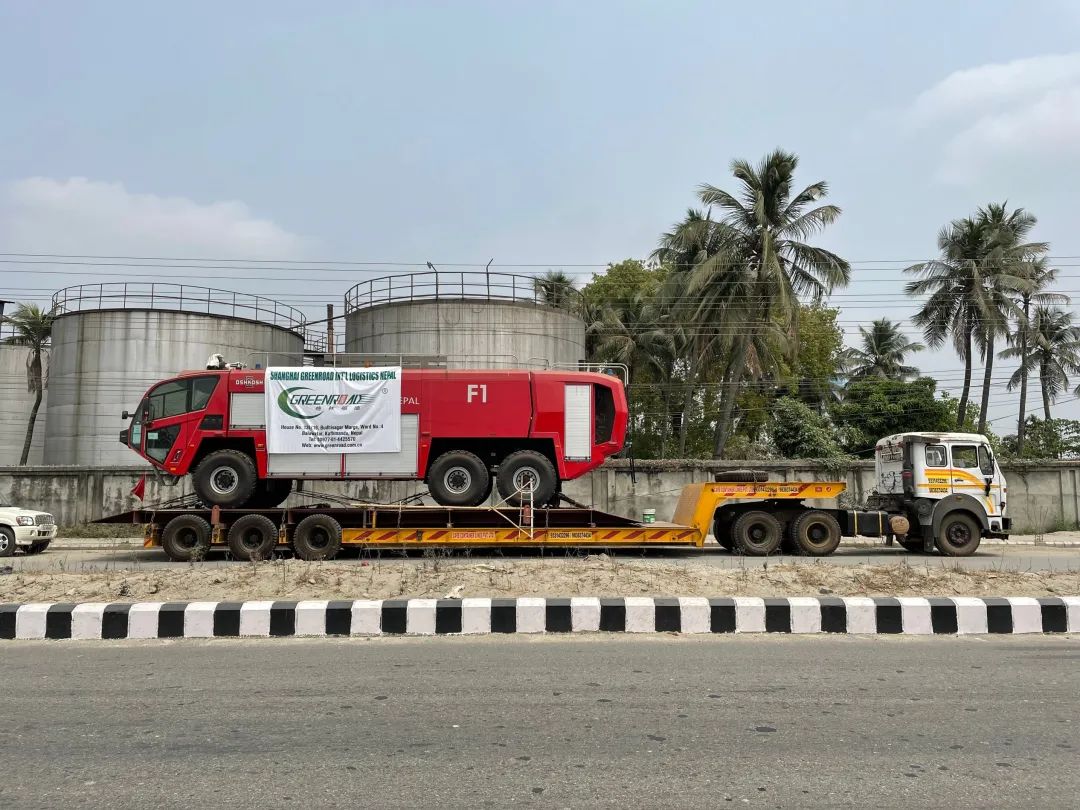 Greenroad has been responsible for a large number of major shipments during the five years of construction of the Pokhara Airport, including the airport's fire trucks and boarding bridges.
Greenroad used its global network and its own fleet to transport cargo from Shanghai, Kolkata port and other places of the world to the construction site of the Pokhara airport project.

Greenroad was responsible for the logistics of large items in the Pokhara Airport project. These fire trucks and boarding bridges are "high value, overweight, over-length, over-width, over-height and non-disintegrable", and faced with the complex road conditions in Nepal, the transportation task would face multiple obstacles. 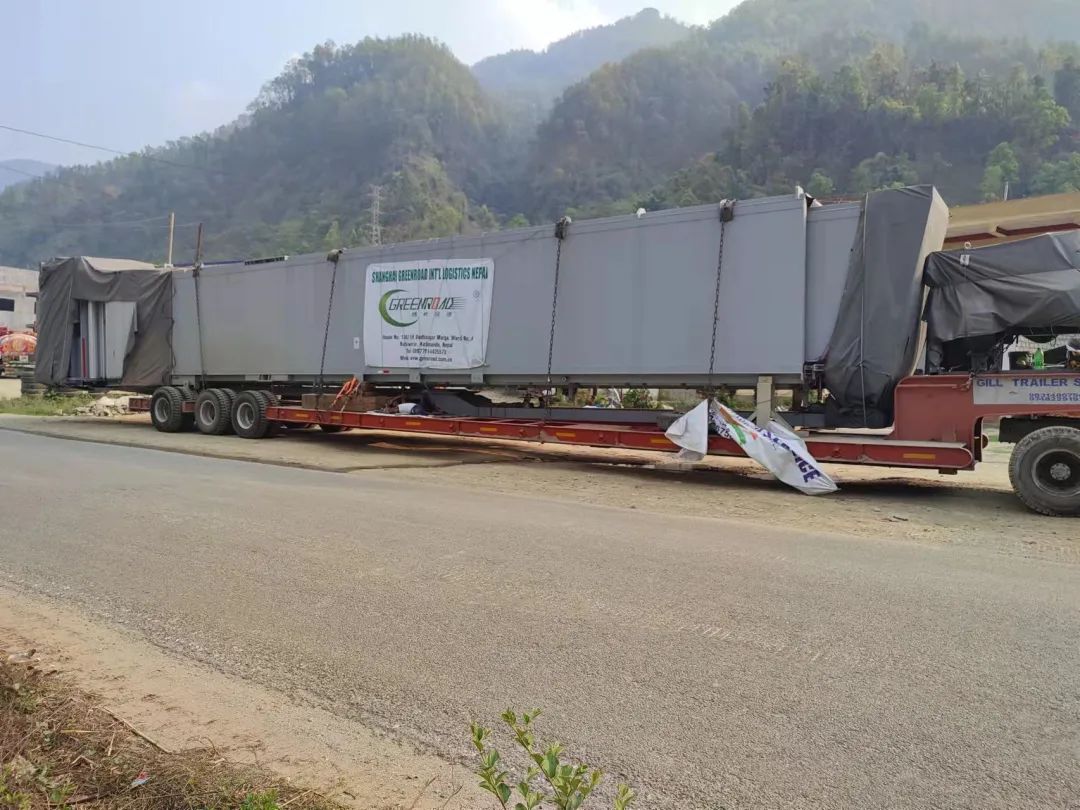 Greenroad used its own experience in transporting large items for many years, inspected the site, and completed all the transport tasks in the fastest possible time through scientific lashing and transport methods, safely and efficiently. 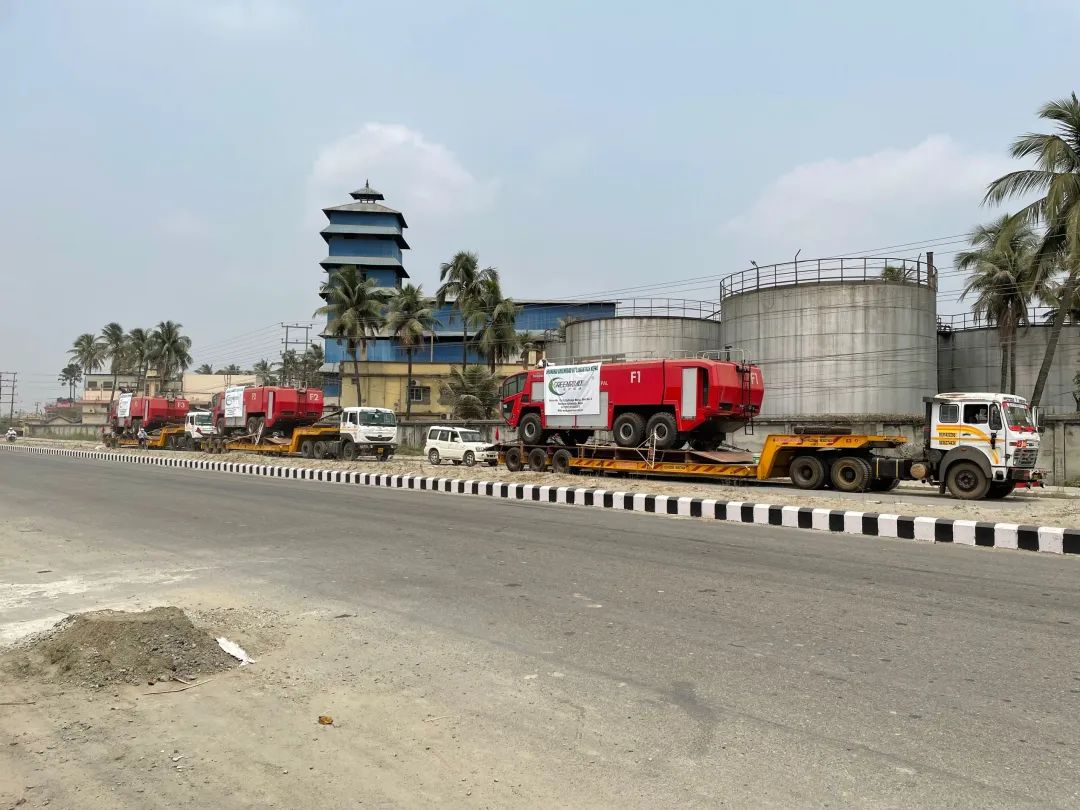 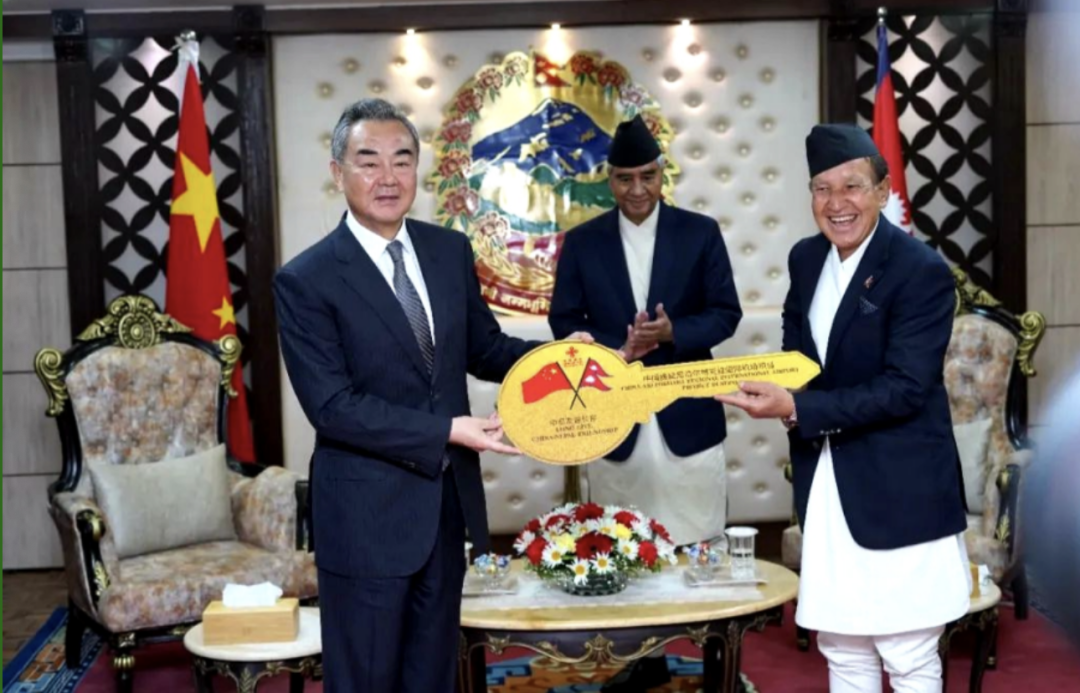 After Pokhara airport is put into operation, it can take off and land Airbus 320 and Boeing 757, and will realize direct flights from Chengdu, Kunming, Guangzhou and other cities in China to Pokhara.

Greenroad, as a national logistics enterprise, has lived up to its promise and interpreted "Chinese power". This year is the ninth anniversary of the "One Belt, One Road" initiative. Over the past nine years, Greenroad has actively participated in "One Belt, One Road" projects around the world, giving full play to its strong global logistics network and transportation capabilities to provide more products and services to consumers along the"One Belt, One Road" . countries and regions along the "Belt and Road". We will continue to expand the international influence of Greenford brand. We believe that in the future, Greenford will be able to "go well", "go steady" and "go far"!
Next Page:Semi-submersible boat, set sail again! To Mozambique, voyage.
Go Back/Main Page